“The Japanese think of everything.” If we said it once, we said it fifty times on this trip. From heated toilet seats to no-fog mirrors to purse baskets at restaurants, we were in a constant state of amazement. Of course, Frank couldn’t stop raving about the train system (but that’s another post!).

The Japanese people are very polite and have a keen sense of awareness for the people around them. The train stations provide a good example. Rush hour with hundreds of people heading to and from trains is a mob scene — but only due to the number of people. It’s busy but calm at the same time. If you stop to listen, all you hear are footsteps. Trains can be packed like sardines but, again, it’s eerily quiet. No one is talking loudly on cellphones or shouting above each other. If people are talking, it’s in hushed tones.

Japan is a fascinating country with kind, gracious people. Throughout our trip, there were so many things that struck as unique, charming, interesting, or just plain funny…

Advanced Japanese technology was everywhere. Our hotel rooms often included the complimentary use of a portable “Travel Buddy” for local phone calls, GPS and internet!

To facilitate your ramen purchase, customers choose their food and pay at the kiosk. Give the attendant your ticket and they bring you your food!

At this bakery, a computer scans the shape of the food to determine what it is. Then you are charged accordingly. 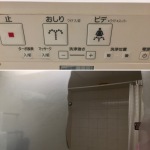 Even non-technology novelties captured our curiosity. Rather than a long taxi queue, the taxis parked in a square lot, pulling out one by one in numerical order and then the whole row moved up! Smart use of space and doesn’t block the roads. Might be a good idea at some schools in the US!

The Japanese love golf but land is limited and play is very expensive. Thus, you see multi-level driving ranges everywhere!

People are required to carry and dispose of their own garbage. There are few public receptacles outside of restaurants. When you do see them, sorting is encouraged. Above this receptacle is this week’s poster reminding people to use their manners.

I mentioned the silence of the commuters. You also can’t help but notice the work “uniform.”

I hope they aren’t required to purchase their backpacks at this store (equates to about $800 each!) 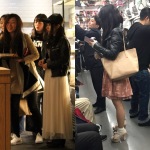 When not in work clothes or school uniforms, the Japanese exhibit a great fashion sense.

There are some interesting past times in Japan. I hope the owl and cat cafes aren’t on the same floor! 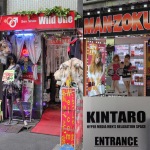 The men, in particular, have some unusual places to hang out. 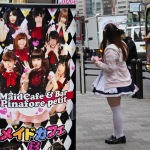 There are countless “maid cafes.” 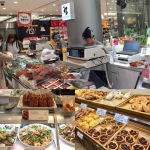 Upscale departments stores often have gourmet food stores on their lower levels. Food is marked down 70% at 6pm. It’s the only time we witnessed old Japanese women pushing and shoving!

When you are a guest at the next dinner party, skip the bottle of wine. You can bring this box of uniform, perfect cherries to your hostess — only $129!

Many Japanese spend a lot of time on trains. To make good use of that time, you can enjoy these pretty and delicious little bento box meals.

These small books are specifically created for reading in confined train spaces!

A big thing in Japan was local-flavored Kit Kats.

Now this is what I call a “body suit.”

Karaoke rooms rent by the hour and are private. Late at night, if people miss the last train, rates switch to a nightly rate so you can sleep someplace safe and inexpensive.

A store opening, not grand opening but opening EVERY day, is a big deal. This department store provides tea while customers wait outside.

Doors open at the designated time, music plays and clerks bow as customers walk in! After a couple minutes, the music stops and the clerks go to their work stations and the day begins.

The Japanese do not believe in bringing the dirt from outside inside. That said, you are often required to remove your shoes.

In addition, you should change into bathroom slippers so those germs don’t go beyond the bathroom.

I liked the idea that you didn’t have to put your purse on the floor.

Japan wants to double its tourism in the coming years. English has become more prevalent on signage, particularly on the trains.

As different cultures visit, the Japanese are finding it necessary to educate tourists on local “customs.”